IT manager Toby Griffin now takes his two dogs into the office with him. (Credit: Rise at Seven)

If you think that taking a pet dog into work with you would be a bit distracting for you and your colleagues, computer manager Toby Griffin goes one step further - he takes two into the office.

Mr Griffin, who is head of IT for marketing agency Rise at Seven, turns up at its Sheffield headquarters with his furry friends Jesse and Oscar.

"Rise allowing dogs in the office has meant that I've been able to take both my collies in," he says. "They get to meet new people, have new experiences, and I get to spend more time in work with my colleagues.

"It's a complete win-win situation as far as I'm concerned."

Like millions of other people, Mr Griffin got his dogs during the pandemic. With most of us homeworking at the time as a result of lockdowns, there was a huge surge in pet ownership as people wanted increased companionship.

Yet fast-forward to bosses requiring staff to return to the office at least a few days a week, and having a pet dog can become a problem. You have to see if a friend or relative can look after it, or pay for expensive doggie day care, or even potentially try to get a new job that allows you to continue to work from home all the time.

It was to help employees such as Mr Griffin more easily return to the office after the pandemic that Rise's bosses decided to let everyone bring in their dogs.

Mia King, one of the firm's executives, says that rather than being a distraction, having dogs at work has actually made staff work harder because they make everyone happy, and cheery staff are more productive.

"Not only do dogs bring comfort within your home, but they also help increase productivity within the workplace," she says.

While having dogs in the workplace will likely remain a rarity, this example is part of a wider trend - companies introducing new incentives to try to make staff happier to come into the office more often.

Job search engine Adzuna says that the number of adverts that highlight "in-office perks" has now more than doubled since before the start of the pandemic. The increased incentives range from free exercise and language classes, to complementary food and subsidised childcare.

"Employees aren't in a rush to return to the office, after enjoying the improved work-life balance that came from remote working," says Paul Lewis, chief marketing officer at Adzuna. "As a result, companies are desperate to find new and unique ways to lure employees back to the office."

At central London-based financial planning firm First Wealth, workers are being tempted back via free sessions at a nearby gym. Employees are encouraged to go to the gym on their way into work. 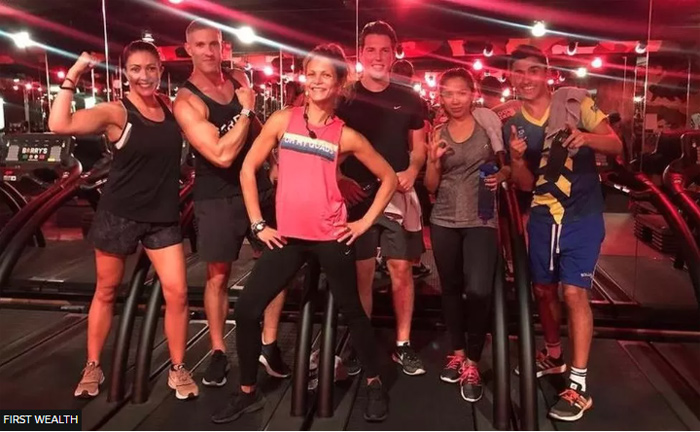 Zoe Raynsford, a client relationship manager at First Wealth, says the fitness class sets her up for the working day. "I like to lose myself in the music to help clear my mind and get myself ready to start the day full of mood-boosting endorphins. I feel stronger, more productive and re-charged after each class."

First Wealth financial planning director Robert Caplan says that the gym classes are just one perk that staff can choose from under a scheme introduced since the pandemic. Each member of staff gets credits for an employee benefits website called Heka.

From there they can choose other things such as mental health support, financial health checks, career guidance or relationship counselling. Yet Mr Caplan says that the gym is by far the most popular.

Beauty treatments are another incentive that companies are booking to get their staff excited about coming into the office. Isabel May Surtees, a nail artist based in West Sussex, has seen demand from businesses increase substantially. 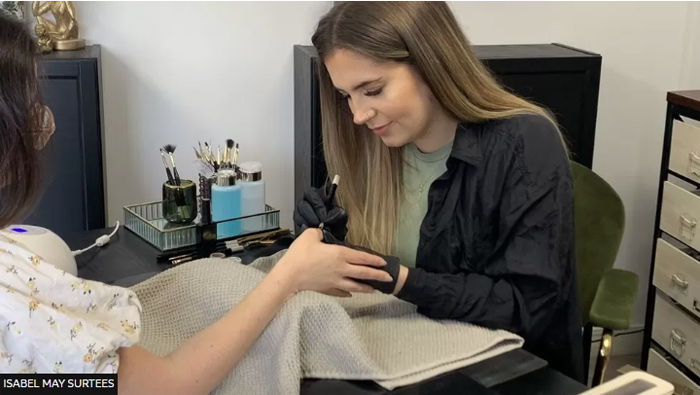 Larry Gadea, the boss of workplace app Envoy, says that while staff incentives are good, the benefits of going into the office should be more than free gym membership or being able to take your dog in or have your nails done.

"Employees want to connect with their co-workers face-to-face, and collaborate in-person, or just get out of the house," says Mr Gadea.

He adds that firms should ideally have at least some days when everyone has to be in. "Without fixed days where everyone is in without exception, people will never learn that the office trek can be worth it."