To paraphrase, let’s be clear about what’s wrong and what’s right.

In other words, let’s call a spade a spade. Be straight, be clear and be fair about it. let’s make a clear judgment. Don’t be ambiguous and pretend that we can’t tell wrong from right.

Therefore, metaphorically speaking, “balls and strikes” represent, fundamentally, what is wrong, what is right.

All right, here are media examples of the American idiom “call balls and strikes”:

1. Chief Justice John Roberts became the youngest person to lead the Supreme Court in more than 200 years when he became Supreme Court Chief Justice at the young age of 50. Now he’s presiding over President Donald Trump’s impeachment trial. Is Roberts a Democrat or a Republican? Here’s a look at his political beliefs.

Chief Justice John Roberts was appointed to the Supreme Court by President George W. Bush after Chief Justice William H. Rehnquist died. He is often described as being politically conservative. His conservative ideas developed while serving during the Reagan years, The Atlantic reported. But he’s never identified fully with the Federalist Society like Clarence Thomas, Samuel Alito, or others.

Personally, he seems to lean Republican, The New York Times reported in 2005. According to the New York Times, Roberts advised Gov. Jeb Bush during the controversial presidential vote recount in 2000 that took place in his state. Jeb ultimately recused himself, since the recount involved his own brother. Roberts has also contributed a bit to Republicans over the years. However, reports indicate that more of his money was donated to his law firm’s PAC that supported both Democrats and Republicans.

Roberts was raised in the Catholic faith and is still Catholic. At 13, he asked an elite Catholic Boarding School to admit him, saying, “I’ve always wanted to stay ahead of the crowd. … I want to get the best job by getting the best education,” The Atlantic reported.

Today, Roberts attends church with his family and they go to soccer games together, The Huffington Post reported in 2012. Friends told The New York Times that he would not let his faith affect his approach to the law.

He feels that the Court should not be used as a political tool. He once said that a judge should be like a baseball umpire calling “balls and strikes,” not deciding who wins, The Atlantic reported.

The town hall, to be broadcast live from Scranton, Pennsylvania on Thursday, March 5 at 6:30 p.m. ET. The town hall will be moderated by Bret Baier and Martha MacCallum, two of the network’s top journalists, and will focus on the campaign, the president’s record, and news of the day.

“We are pleased to host incumbent President Donald Trump for his first town hall of the 2020 election cycle,” said Fox News Media president and executive editor Jay Wallace in a statement released by the network. “As Americans continue deliberating their choice for president, Fox News Channel is proud to provide a platform for candidates across the political spectrum to inform the public on their stances.”

The town hall will give Baier and MacCallum a chance to demonstrate the independence of the network’s news division, often overshadowed by the opinion hosts in prime time whose shows lead many to see Fox as a conservative arm of the White House rather than a source of news and information.

Last October, in an interview with CBS This Morning, Baier described being “on the back end” of a few critical tweets from Trump, and how the president’s displeasure with news coverage—separate from his favorite prime time hosts like Sean Hannity, Tucker Carlson and Laura Ingraham—have often made it hard to land an interview with the president. “Listen, we’re just trying to call balls and strikes,” Baier said at the time. “And if we can do that every day, be fair to him, but also cover the news fairly to all sides, that’s what I’m trying to do.”

Speaking to “MediaBuzz” anchor Howard Kurtz on Sunday, Wallace agreed with his colleague’s assessment that “many journalists” long ago “decided they would toss out the old rule book of standards and fairness because they deemed Donald Trump to be such a threat to the country.”

“I think it’s even worse than that,” Wallace responded, noting that he finds it “fairly depressing” when he is “complimented for being fair.”

“It used to be that fairness was what kept you from getting fired,” he said. “That was the minimum requirement for a reporter is that you’re fair.”

“Today, I think that it’s gotten so polarized whether it’s on cable news, whether it’s in newspapers, that fairness is kind of unusual and that is a terribly sad reflection on our business,” said Wallace.

While the Fox News anchor disagreed strongly with Trump’s characterization of the media as “the enemy of the American people,” he also noted that “some reporters” have not “become advocates.”

“Some of the press briefings … it’s more playing gotcha or just trying to get in arguments and advance their point of view,” said Wallace. “I think too many reporters have fallen into the role of being advocates and, frankly, with this president, anti-Trump advocates, and we’ve got to be neutral. We’ve got to play it straight and call balls and strikes whether it’s something the president does that’s good or of bad, whether it’s something that Joe Biden does that’s good or bad. I don’t think we can be taking a side in this argument.” 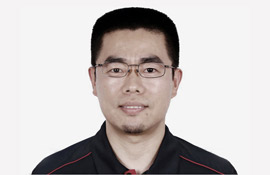