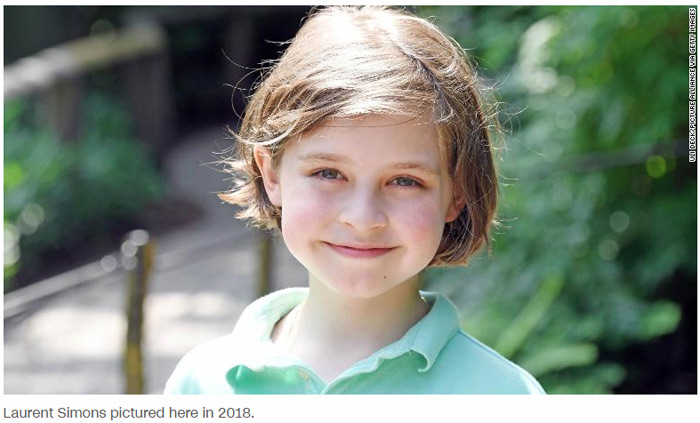 A child prodigy from Belgium is on course to gain a bachelor's degree at the tender age of 9.

Laurent Simons is studying electrical engineering at the Eindhoven University of Technology (TUE) -- a tough course even for students of an average graduate age.

Described by staff as "simply extraordinary," Laurent is on course to finish his degree in December.

He then plans to embark on a PhD program in electrical engineering while also studying for a medicine degree, his father told CNN.

His parents, Lydia and Alexander Simons, said they thought Laurent's grandparents were exaggerating when they said he had a gift, but his teachers soon concurred.

"They noticed something very special about Laurent," said Lydia.

Laurent was given test after test as teachers tried to work out the extent of his talents. "They told us he is like a sponge," said Alexander.

While Laurent comes from a family of doctors, his parents have so far not received any explanation as to why their child prodigy is capable of learning so quickly.

But Lydia has her own theory.

"I ate a lot of fish during the pregnancy," she joked.

The TUE has allowed Laurent to complete his course faster than other students.

"That is not unusual," said Sjoerd Hulshof, education director of the TUE bachelor's degree in electrical engineering, in a statement.

"Special students that have good reasons for doing so can arrange an adjusted schedule. In much the same way we help students who participate in top sport."

Hulshof said Laurent is "simply extraordinary" and praised the youngster.

"Laurent is the fastest student we have ever had here," he said. "Not only is he hyper intelligent but also a very sympathetic boy."

Laurent told CNN his favorite subject is electrical engineering and he's also "going to study a bit of medicine." 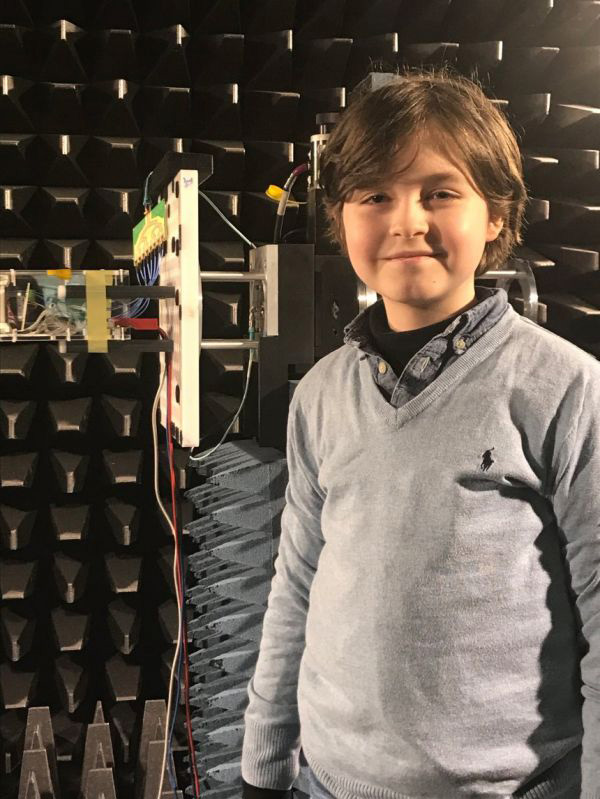 His progress has not gone unnoticed and he is already being sought out by prestigious universities around the world, although Laurent's family wouldn't be drawn on naming which of them he is considering for his PhD.

"The absorption of information is no problem for Laurent," said his father.

"I think the focus will be on research and applying the knowledge to discover new things."

While Laurent is evidently able to learn faster than most, his parents are being careful to let him enjoy himself too.

"We don't want him to get too serious. He does whatever he likes," said Alexander. "We need to find a balance between being a child and his talents."

Laurent said he enjoys playing with his dog Sammy and playing on his phone, like many young people.

However, unlike most 9-year-olds, he has already worked out what he wants to do with his life: develop artificial organs.

In the meantime, Laurent has to finish his bachelor's degree and choose which academic institution will play host to the next stage in his remarkable journey.

Before that, he plans on taking a vacation to Japan for an undoubtedly well-deserved break.